The Chevrolet Camaro is truly one of the greatest cars ever made. The legendary pony car codenamed Panther was first unveiled on September 26, 1966. The car was built as a direct rival for the Ford Mustang which at the time was highly successful. Almost 50 years after it was first introduced and the Chevrolet Camaro is still one of the most coveted cars in the market. The golden age of pony cars gave the world some pretty iconic cars and without it, we would not have the Camaro nor the Mustang. When Ford first released the Mustang in 1964 they caught General Motors off guard. GM did not have an affordable sports car to go toe-to-toe with the Mustang so Chevrolet had to scramble to finish the Camaro in order to meet the challenge.

Staring us right in the face asking for a challenge is this 1968 Chevrolet Camaro coupe in resto-mod form. Spiced up not only in its PPG Electric Spice paint, but also with a monster scary style 454ci LS-6 crate motor with a Holley Ultra XP series 850 carb and air shifted TH400 transmission. Drop the hanky and watch this car magically disappear from your sight! Dy-no-mite…BOOM!

Taken off its origin frame and fully restored with AMD panels, ridded of any rust that may have existed, then bolted to a custom chromoly round tube chassis and roll cage all tied together to offer up an 8.50 certified racer. The beautiful PPG Electric Spice paint is just a thrill and it has the correct front banded black stripe rounding its way to the front quarter sides where it thins out and runs to the rear of the car. The hood is rear scooped, glass is tinted, trimmings and bumpers are nice and shiny and the car has excellent minded gaps throughout as well as no rust (OMG!). In back big rectangular chromed tipped dual exhaust exits are noted under the rear roll pan, and 18-inch black US Grand Prix wheels are wrapped with 205/45R18’s in front and larger 305/45R18’s Nitto drag radials on back. Like trying to eat a spoonful of cinnamon…its gonna put a hurt on ya!

Pristine straight fuss and muss free black vinyl door panels lead the entry into this racer. Fully stock and no mods for these panels. Inside under the roll cage are new Procar curved support bolster black vinyl high back racing seats with RJS 5 point belts for the front buckets. The rear of the car has the original bench still in the back, although how exactly you’d get there you need to be younger and more supple than this writer! Between the buckets in the hump is a racing shifter thatcan beshifted manually or via compressed air, Autometer new gauges, a PUI interior package, rally wheel, and a bluetooth stereo system with 6×9 speakers to drown out the engine sound when blowing away the competition. So sit back and relax, it’s street legal! I smell a midnight rendezvous with a straight line of road in this car’s future.

Under the hood is the unexpected two say the least. Here we find some automotive finery in the form of a consignor stated but not documented 454ci LS-6 V8 crate engine. This has Comp Cams solid roller cam and forged rotating assembly, as well as some Venolia pistons that have an 11.0-1 compression ratio. This produces a consigner stated 509ft/lb of torque. On top is a Holley Ultra XP 850cfm 4-barrel carb, and on back is a TH400 reverse valve body transmission 3 speed automatic. It has a 10-inch 3500rpm stall converter, has a trans brake installed and is air shift capable. On back is a 12 bolt 4.10 gear rear Strange rear axle with 35 spline axles with a spool. The exhale is aided by Lemon’s headers, and a Flowmaster exhaust. Hot town, summer in the city, back of my neck gettin’ dirty and gritty…

On a round tube chromoly chassis we note ladder bar suspension now in for the rear. QA-1 shocks in front, and Strange shocks are on the back. Wilwood rack and pinion steering is on and it has adjustable tubular control arms up front. Strange engineering 12 inch manual disc brakes are on all 4 corners. All this is presenting on an Electric Spice painted floor pan and inner fender undercarriage and is a showpiece to say the least. Drag on bruthah!

These too hot to handle cars are a bit much for this writer, so I sent my trusty Motrhead, spec head, partner in crime, crack assistant and protege to drive this spicy monster. He returned with a smile…need I say more?

Star of Hot Rod Magazine January 2020, Chevy High Performance Jan 2020, and All Chevy Performance in June of 2020, and with an AACA Best In Show, Best in Engine, and Multiple first place trophies its not only a goer but also a shower. 1968 is looking Electric Spiced in this resto-mod. 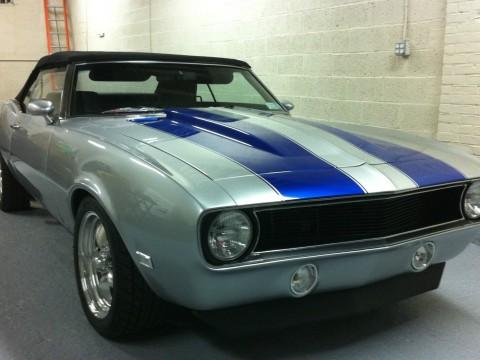 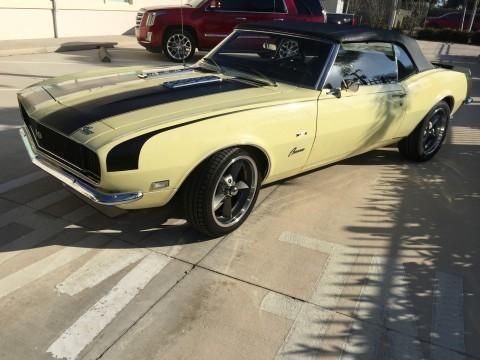 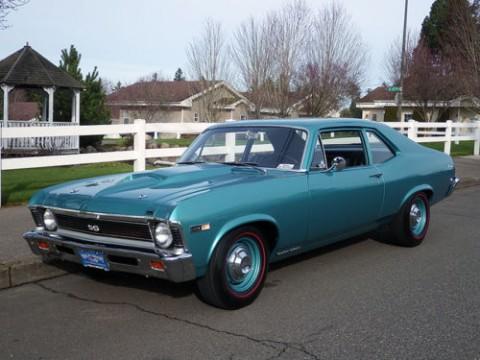 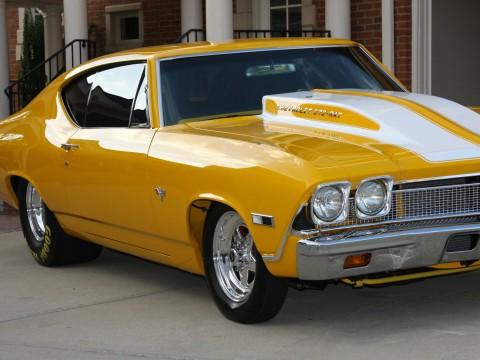